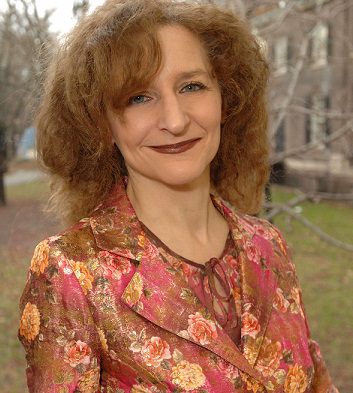 Sara Diamond is the President of the Ontario College of Art and Design (OCAD) University, Canada’s “university of the imagination.”

Dr. Diamond is a visualization, wearable technology and mobile media researcher, artist and designer. She publishes regularly on digital media history, strategy, and theory in peer reviewed journals and she curates for festivals and galleries. She is co-principal investigator for the Centre for Information Visualization/Data Driven Design – an OCAD University and York University major initiative. Dr. Diamond is a member of the Ontario Ministry of Culture’s Minister’s Advisory Council on Arts and Culture, the Board of Directors of the Toronto Arts Council Foundation and of ORION (Ontario’s high speed network), the National Centre of Excellence GRAND, Interactive Ontario, and the Association of Universities and Colleges of Canada’s Standing Advisory Committee on University Research (SACUR). As well, she is founding Chair of the Mobile Experience Innovation Centre and current Co-Chair. In 2012, she was appointed to the Order of Ontario

Prior to her presidency at OCAD University, Dr. Diamond was the Artistic Director of Media and Visual Art and Director of Research at the Banff Centre, where in 1995 she created the Banff New Media Institute (BNMI) and led it for 10 years. In this role, she assisted with the development, cultivation, and support of many of Canada’s leading new media companies. For example, she created and was Editor-in-Chief of www.horizonzero.ca, an online showcase for new media art and design, in collaboration with Heritage Canada and the Banff Centre. At the Banff Centre, she also created international think tanks and collaborations in information and communications technology, digital media, and science research with artists, designers, and scientists from Latin America, Africa, Asia, Central and Western Europe and the United States, as well as Canada. A legacy of her efforts in this area includes her leadership in developing www.codezebra.net, a performance and media art, fashion, and software collaboration environment.

Dr. Diamond holds a PhD in computer science and degrees in new media theory and practice, social history, and communications from the United Kingdom and Canada.