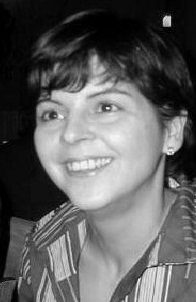 Dr. Rosa M. Fernández became the Head of Research at the National Centre for Universities and Business (NCUB) in September 2013. She has the responsibility for overseeing evidence and analysis underpinning the centre’s work, spanning NCUB Talent and NCUB Innovation activities. In particular, she is responsible for delivering the State of the Relationship Report; a periodical of the state of collaboration between universities and business in the United Kingdom.

Dr. Fernández joined the NCUB after spending four years as the United Kingdom’s Economic Adviser for Science and Research. During this time, Dr. Fernández was responsible for the evidence supporting the U.K. government’s spending in science and research, and monitoring the contribution of £5 billion of annual spending on these activities. She developed and implemented a systematic monitoring tool for research council outputs and redesigned the biennial international benchmarking report for the U.K. research base. Within this role, Dr. Fernández also served as U.K. representative and executive bureau member for the OECD Working Party on Research Institutions and Human Resources, and as an international expert for the Expert Panel on the State of Science and Technology in Canada with the Council of Canadian Academies.

During the 10 years prior to joining U.K.’s Department for Business, Innovation and Skills, Dr Fernández was as a researcher and a tutor at the University of Oxford, where she was elected to and held the office of senior Pro-Proctor in 2008-2009. She was a senior research fellow at the Economic and Social Research Council-funded Centre on Skills Knowledge and Organisational Performance (SKOPE) where she undertook and published academic research and consultancy in the fields of productivity growth, labour economics, and the economics of education. She is a Fellow of the Royal Statistical Society and she upholds their code of conduct on analysis and use of evidence.

Dr. Fernández has a MSc and a PhD in Economics from Pompeu Fabra University in Barcelona, Spain.