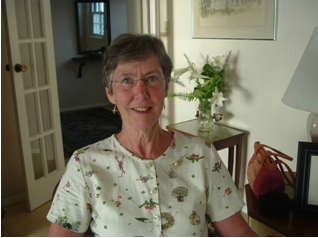 Penny Ericson is Emeritus Dean of Nursing and Emeritus Professor of the Faculty of Nursing of the University of New Brunswick.

In the 24 years of her nursing career, Mrs. Ericson has concentrated in the areas of education, administration, and women’s health issue with a particular focus on gerontological nursing care and issues of abuse.

Mrs. Ericson is well-known and respected across Canada in both professional and academic communities. She has held executive positions in national professional associations and has an impressive record of service provincially, locally, and within the University of New Brunswick.

Under her leadership, the Faculty of Nursing at the University of New Brunswick became a model for the rest of Canada as it responded to the 1989 decision by the Nurses Association of New Brunswick to make the baccalaureate degree the minimum requirement for entry to nursing practice. Mrs. Ericson also oversaw the establishment of a master’s degree program in nursing and the introduction of international exchange programs for faculty and students.