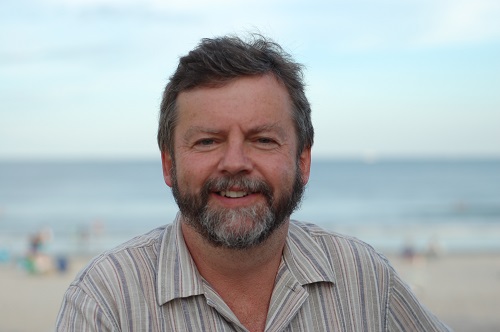 Dr. Paul Snelgrove is a professor of biological oceanography at Memorial University’s Ocean Science Centre and Biology Department. Research in his lab focuses on larval transport in marine environments, as well as the factors that contribute to natural patterns of biodiversity and their link to delivery of key ecosystem services. Other projects focus on sedimentary habitats from the near shore to the deep sea.

He received a B.Sc. Honours degree in biology from Memorial University in 1984, a Master’s degree in Oceanography from McGill University in 1984, and a joint PhD in biology from the Massachusetts Institute of Technology and the Woods Hole Oceanographic Institution. He spent three years in New Jersey as a Postdoctoral Fellow at the Institute of Marine and Coastal Sciences, followed by eight months as a Killam Postdoctoral Fellow in the Department of Oceanography at Dalhousie University. In 1996 he returned to Newfoundland as an NSERC Industrial Chair in Fisheries Conservation, prior to taking up a position as a Canada Research Chair (CRC) in Boreal and Cold Ocean Systems in 2002 at the Ocean Sciences Centre.

While in this CRC position, Dr. Snelgrove has led field programs in connectivity of marine fish, an NSERC collaborative project, and has also led the development of the NSERC Canadian Healthy Oceans Network (CHONe), a national Strategic Network which runs from 2008 to 2013. CHONe focuses on biodiversity in space and time, projects on biodiversity and ecosystem function, and projects on connectivity of marine populations.