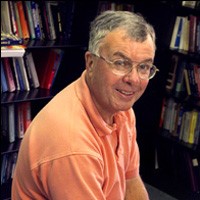 Dr. Painter joined the faculty at Penn State University in 1976. In 1983, he took a leave of absence to serve as the Director of the Polymers Program at the National Science Foundation (NSF). He received an NSF Outstanding Performance Award in 1984 for his administrative work. Upon returning to Penn State he refocused his research on two areas: the phase behaviour of polymer solutions and blends, and the structure of fossil fuels. This unusual combination of academic interests resulted in the invention that led to the foundation of IL Fuels LLC. A patent application for this technology — which separates bitumen, oil, or other hydrocarbons from sand, soils, or other inorganic matter through the use of ionic liquids — was filed in 2010.

Dr. Painter has managed a large number of grants from funding agencies and industry, and has published more than 250 papers on various subjects, as well as four textbooks and three CDs. He was named a Fellow of the American Physical Society in 1999. He has B.Sc. and M.Sc. degrees from University College, London in chemical engineering and biochemical engineering, respectively. He obtained his PhD in Macromolecular Science from Case Western Reserve University in Cleveland, Ohio.