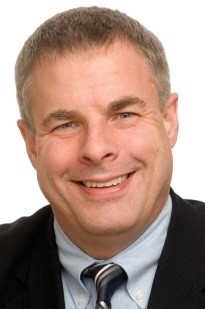 Murray Gray is the Vice-President of Research at Hamad Bin Khalifa University in Doha, Qatar.

For almost 10 years, Dr. Gray was the Scientific Director of the Institute for Oil Sands Innovation at the University of Alberta, holding the Canada Research Chair in Oil Sands Upgrading. He was also the Vice-Provost (Academic) and Associate Vice-President (Research) at the university.

A former Chair of Chemical Engineering and Dean of Graduate Studies and Research, Dr. Gray accepted the NSERC Industrial Research Chair in 1999 and focused on teaching and research on the upgrading of heavy oil and oil sands bitumen. He launched the Alberta Centre for Surface Engineering and Science in 2002, with sponsorship from the Canadian Foundation for Innovation. In 2005, he accepted the position of Director of the Institute for Oil Sands Innovation, a university-government-industry collaboration with Imperial Oil and Alberta Innovates – Energy and Environmental Solutions, which grew to include five Canadian and international universities.

Dr. Gray’s success in collaborative research with industry has been recognized by numerous awards and prizes, including the Centennial Award from the professional engineering association in Alberta (2011), and the Industrial Practice Award of the Canadian Society for Chemical Engineering (2003). In 2005, he was elected a Fellow of the Canadian Academy of Engineering.