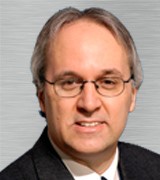 Michel Aubertin is a full Professor in the Department of Civil, Geological and Mining Engineering at École Polytechnique de Montréal.

Professor Aubertin worked as a Project Engineer for a consulting firm specialized in geotechnique and materials testing for four years and then joined the Department of Applied Sciences at the Université du Québec en Abitibi-Témiscamingue (UQAT) as an Assistant Professor in 1984. He was also the Director-Founder of the Unité de recherche et de service en technologie minérale. In 1989, he joined École Polytechnique, and from 2001 to 2012 he was the NSERC Industrial Chair in Environment and Mine Wastes Management. This Chair involved the participation of two universities (École Polytechnique and UQAT), as well as mining companies, specialized consulting firms, and government agencies. He is now Scientific Director of the Research Institute on Mines and the Environment (RIME UQAT-Polytechnique).

Professor Aubertin’s teaching and research activities are focused on mining geotechnics and hydrogeology, including constitutive and numerical modelling of the behaviour of geomaterials, the stability of surface and underground structures, mining wastes management techniques, and the reclamation of waste disposal sites, including those producing acid mine drainage. In addition to teaching at École Polytechnique, he has provided a number of professional development courses on various geotechnical topics. His teaching contributions include creating the first French-language undergraduate and graduate courses in mine waste management in Canada. He is also co-author of the manual Environnement et gestion des rejets miniers (in CD-ROM format), published by Presses internationales Polytechnique.

Professor Aubertin is the author of more than 200 refereed papers, and he has written over 100 articles and technical reports. He has been awarded a number of prizes for his teaching and research activities, including the J.A. Franklin and T. Stermac prizes from the Canadian Geotechnical Society and the Mérite géoscientifique du Québec, to name just a couple. He is a Fellow of the Canadian Society for Civil Engineers, the Canadian Academy of Engineering, and the Engineering Institute of Canada.

Professor Aubertin obtained his bachelor’s degree in Civil Engineering from Université de Sherbrooke. He has a master’s degree in geotechnique and a PhD in geomechanics from École Polytechnique.