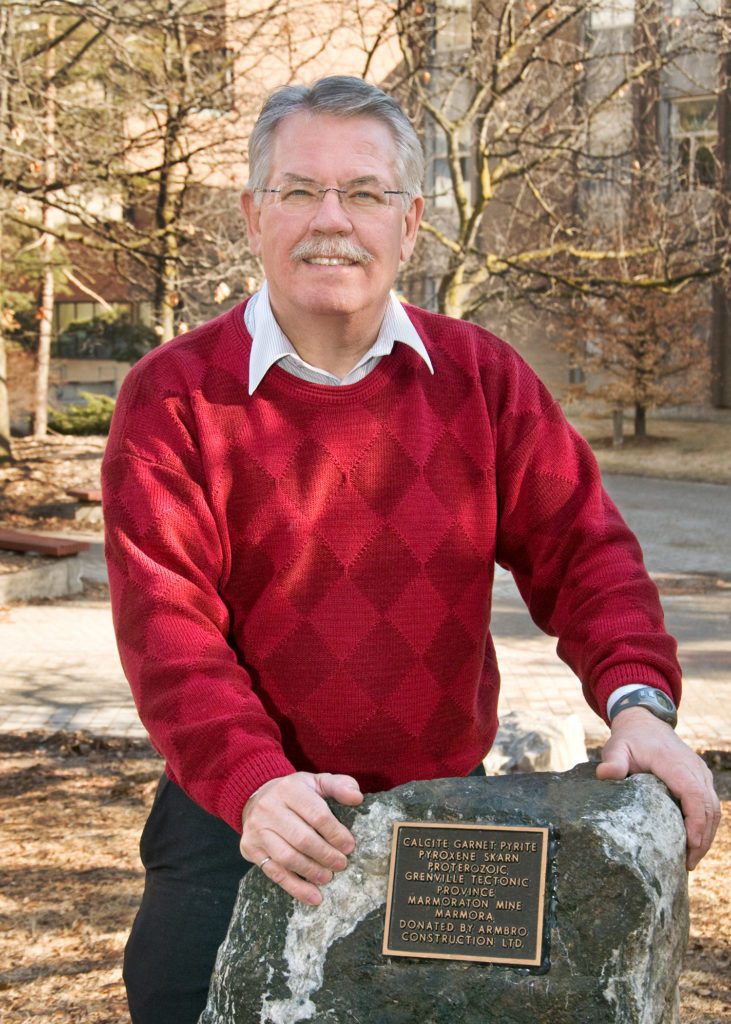 Part-Time Professor of Engineering Geology, Department of Earth and Environmental Sciences, University of Waterloo (Waterloo, ON)

Maurice B. Dusseault is a professor of Geological Engineering in the Earth Sciences Department at the University of Waterloo. He spent three years as a roughneck and drilling mud technician prior to completing his B.Sc. (1971) and PhD (1977). From 1977 to 1982, he occupied a Research Professor Chair at the University of Alberta funded by the Alberta Oil Sands Technology and Research Authority. During this period, he began his interest in new production technologies and petroleum geomechanics.

In 1982, Maurice became Chairman of the Geological Engineering Program at the University of Waterloo for 10 years and was also Director of the Porous Media Research Institute from 1995 to 2000. He carries out research in petroleum geomechanics (drilling, hydraulic fracturing, reservoir geomechanics…), new production methods, and deep waste disposal. He has co-authored two textbooks and over 500 professional articles in conferences and journals, and works with industry as an advisor and instructor. He has developed several courses, including: Introduction to Petroleum Rock Mechanics, New Oil Production Technologies, Drilling Rock Mechanics and Earth Stresses for Petroleum Engineers, Hydraulic Fracturing Geomechanics, Reservoir Geomechanics, and Oilfield Waste Disposal.

Dr. Dusseault was a SPE Distinguished Lecturer in the year 2002-2003, visiting 19 different countries and speaking about new oil production technologies to 28 separate SPE Sections. He has presented his short courses in 20 different countries over the years, and has a reputation for giving clear presentations based on simple but useful material.