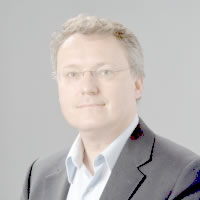 Martin Offringa is the Senior Scientist and Head of the Child Health Evaluative Science Program at The Hospital for Sick Children. He also holds a clinical appointment in the Department in Neonatology at The Hospital for Sick Children and is a Professor in the Department of Paediatrics at the University of Toronto. He continues to be a practising pediatrician and epidemiologist.

Dr. Offringa received his MD and PhD at Erasmus Universiteit Rotterdam. After graduation from medical school in 1986, he trained in epidemiology and clinical decision analysis at the Rotterdam Centre for Clinical Decision Analysis and at Tufts University, then completed his training in paediatrics and neonatology.

He developed an interest in evidence-based practice and clinical drug research in 1995 while working as a neonatologist in the University of Amsterdam Academic Medical Center. In 2002, Dr. Offringa was appointed Professor and Head of the Department of Paediatric Clinical Epidemiology at the University of Amsterdam. In 2007 he was appointed co-director of the Dutch National Paediatric Pharmacotherapy Expertise Network NKFK, and in 2008 director of the new Medicines for Children Research Network MCRN in the Netherlands.

Since 2009, Dr. Offringa has chaired the steering group of STaR Child Health, an international initiative that aims to enhance the design, conduct, and reporting of clinical trials in children. Most recently, he received a partner grant in the new European consortium Global Research in Paediatrics (GRIP), funded by 7th Framework Programme. GRiP aims to create consensus on international standards, methodologies and interoperability tools for paediatric research.

Between 2006 and 2010 Dr. Offringa shared the editor-in-chief position of Evidence Based Child Health, the official journal of EPA/UNEPSA.