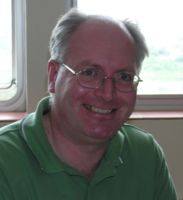 His work in the Arctic, North Atlantic and western and northern Canada is concerned with environmental change and resource use issues in rural and coastal communities; large-scale industrial development; depopulation and migration; climate change impacts on people and their livelihoods; and the human dimensions of global environmental and sustainability issues. He has worked extensively in Greenland, Alaska, Canada, Scotland, and in northern Finland, and is currently leading a major research programme on climate and society in Greenland. He has also recently begun to develop research on the geopolitical anthropology of Antarctica and the Southern Ocean.

Nuttall is author and editor of several books, including Arctic Homeland: Kinship, Community and Development in northwest Greenland; White Settlers: The Impact of Rural Repopulation in Scotland; Protecting the Arctic: Indigenous Peoples and Cultural Survival; Pipeline Dreams: People, Environment, and the Arctic Energy Frontier; Anthropology and Climate Change; Cultivating Arctic Landscapes; and The Arctic: Environment, People, Policy. He is also editor of the Encyclopedia of the Arctic, co-editor of The SAGE Handbook of Social Anthropology, and ‘Arctic Regional Editor’ of The Polar Journal.