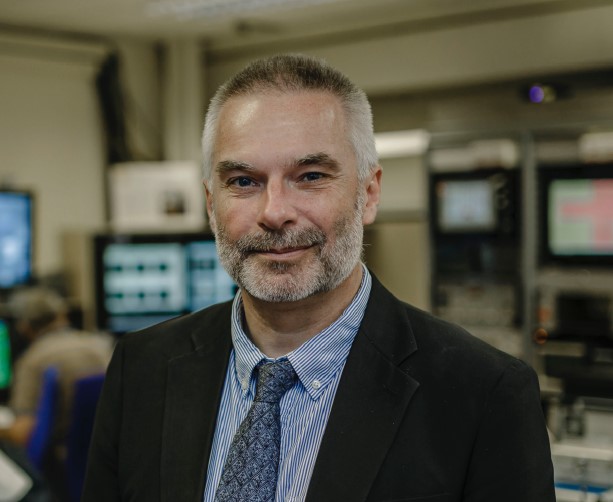 Professor John Womersley is Director General of the European Spallation Source (ESS), a European intergovernmental laboratory under construction in Lund, Sweden. ESS will probe the atomic structure of materials and molecules using beams of neutrons, with a wide range of applications from engineering to energy to the life sciences, and will start user science operation in 2023.

Before moving to ESS, Prof. Womersley held the position of Chief Executive of the Science and Technology Facilities Council (STFC), the United Kingdom’s funding agency for large scale science facilities and national laboratories, particle physics, nuclear physics, and astronomy. A graduate of Cambridge and Oxford (D. Phil. Experimental Physics), he has played a leading role in particle physics both in Europe and the United States. Prof. Womersley worked at Fermilab before becoming a scientific advisor to the Department of Energy in the U.S. He returned to the UK in 2005 to become Director of the Particle Physics Department at the STFC Rutherford Appleton Laboratory at a time when it was building and delivering vital components to CERN’s Large Hadron Collider. In time, Prof. Womersley took on a broader role as Director of the Science Programmes Office and was then appointed Chief Executive in 2011.

Prof. Womersley has served on the councils of CERN and ESO, the Fermilab (FRA) Board, and the board of AURA. He has chaired the European Strategy Forum on Research Infrastructures (ESFRI) and also served on numerous review panels and boards as an expert including the Helmholtz Association and the Human Brain Project.