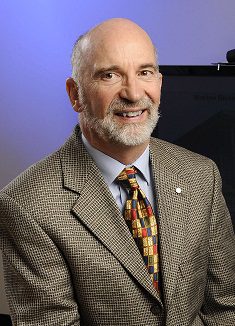 At MARBIONC, Dr. Wright leads a group of scientists in the discovery of new marine-based bioactive compounds from culturable marine organisms. Much of this work is done in collaboration with pharmaceutical companies, and has resulted in the discovery of over 250 compounds, representing many different structural classes and applicable to improving human health and sustaining the shellfish industry.

Dr. Wright is a recognized world expert on marine toxins and he has over 35 years of government, academic and industrial experience in bioorganic chemistry, specifically at the interface of chemistry and biology. He has worked at the National Research Council of Canada and then as Executive Director of Research at Ocean Nutrition Canada, a biotech company devoted to the discovery and manufacture of marine nutraceuticals.

For his work he was appointed to the Order of Canada in 1994, and has been awarded the Queen Elizabeth II Golden Jubilee Medal in 2003. He has assisted several countries in coping with marine toxins, including the U.S. federal and state authorities, and has worked with various U.S. committees to develop effective national policies. Dr. Wright has been invited to speak at many international conferences and has served on the Editorial Board of several international scientific journals. He is currently Associate Editor of Harmful Algae and sits on the Editorial Advisory Board, Critical Reviews in Neurobiology.

Dr. Wright obtained his B.Sc. in chemistry and his PhD in organic natural products from the University of Glasgow in Scotland.