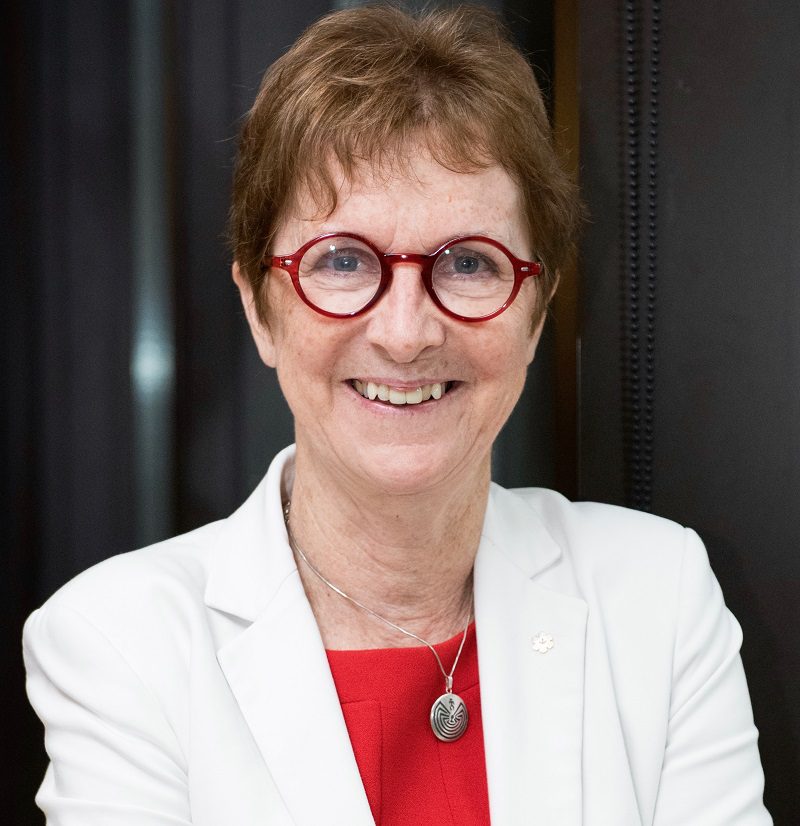 Dr. Janet Rossant, C.C., FRSC, is SickKids Chief of Research Emeritus at the SickKids Research Institute, Senior Scientist, Developmental and Stem Cell Biology Program at the Hospital for Sick Children, and a world-renowned expert in developmental biology. She has established SickKids as a global forerunner in genetic research. Dr. Rossant is also University Professor in the Department of Molecular Genetics at the University of Toronto and began her term as the Gairdner Foundation’s President and Scientific Director in 2016.

Dr. Rossant trained at the Universities of Oxford and Cambridge, United Kingdom. She has been in Canada since 1977, first at Brock University and then at the Samuel Lunenfeld Research Institute within Mount Sinai Hospital in Toronto, from 1985 to 2005. Her research interests centre on understanding the genetic control of normal and abnormal development in the early mouse embryo using both cellular and genetic manipulation techniques. Her interests in the early embryo have led to the discovery of a novel placental stem cell type, the trophoblast stem cell.

Dr. Rossant has been recognized for her contributions to science with many awards, including the 10th ISTT Prize, from the International Society for Transgenic Technologies; the Ross G. Harrison Medal (lifetime achievement award) from the International Society of Developmental Biologists; the Killam Prize for Health Sciences; the March of Dimes Prize in Developmental Biology; the Conklin Medal from the Society for Developmental Biology; and the CIHR Michael Smith Prize in Health Research, Canada’s most prestigious health research award. She is a Fellow of both the Royal Societies of London and Canada, and is a foreign Associate of the U.S. National Academy of Science. Dr. Rossant received the 2015 Canada Gairdner Wightman Award, the first woman to do so.

Dr. Rossant is actively involved in the international developmental and stem cell biology communities and has contributed to the scientific and ethical discussion on public issues related to stem cell research. She chaired the working group of the Canadian Institutes of Health Research on Stem Cell Research, which came up with guidelines for CIHR funded research in this area.