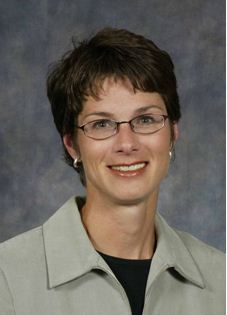 Janet Ronsky is professor and Canada Research Chair in biomedical engineering at the University of Calgary. She is also the Executive Director of Biovantage Inc., an Alberta Ingenuity Centre of Excellence she initiated that focuses on developing technology in biomedical devices, with medical imaging and biosensors as a primary strength. As well, she directs the Bose Biomaterials and Tissue Engineering Technology Development Centre at the University of Calgary.

Dr. Ronsky joined the University of Calgary in 1994 and was the inaugural Director of the Centre for Bioengineering Research and Education from 2003 to 2009. Dr. Ronsky has served on review committees for the Natural Sciences and Engineering Research Council of Canada (NSERC), the Canada Foundation for Innovation, and has reviewed numerous grants. She is extremely familiar with the funding arena, having participated in several Networks of Centres of Excellence, and successfully led large research and infrastructure grants as principal investigator. From 2006 to 2009, Dr. Ronsky was also on the Board of Directors for the Alberta Research Council, and currently she is currently serving on the Manning Innovation Awards Selection Committee.

Dr. Ronsky has received several awards for her work, including an NSERC University Faculty Award, the Canadian Council of Professional Engineers Award for the Support of Women in the Engineering Profession, the Alberta Women’s Science Network’s Minerva Mentoring Award and the Association of Professional Engineers, Geologists and Geophysicists of Alberta’s Summit Award for Research Excellence and for Excellence in Education. She recently became a Fellow of the Canadian Academy of Engineering.

Dr. Ronsky holds a PhD in mechanical engineering from the University of Calgary.