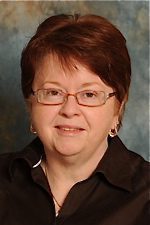 Jacquelyn Thayer Scott is Professor of Organizational Management & Strategy, and Past President of Cape Breton University (CBU), in Sydney, Nova Scotia (1993 to 2002).

From 2007 to 2008, Dr. Scott chaired the International Expert Panel Review of the Alberta Science and Research Authority. Before that, she chaired the Government of Canada’s Expert Panel on Skills. She has been a member of Government of Canada delegations to the Heads of State meeting of “Third Way” countries (Berlin, 2000), and to the Asia Pacific Economic Council High-Level Meeting on Human Capacity Building (Beijing, 2001). As well, she served on the Premier of Nova Scotia’s Roundtable on the Economy and the Premier’s Council on Innovation.

From 1995 to 2006, Dr. Scott served on the Prime Minister’s Advisory Council on Science and Technology (Canada), and was its Deputy Chair (Operating Head) from 2003 to 2006. She has also served as Director of the School of Continuing Studies at the University of Toronto and on the faculty at the University of Manitoba. In addition to this, she has operated her own public relations and management consulting firm and is the author of numerous publications on voluntary organization management and governance, and higher education and community economic development policy. She has been employed as a journalist by The Canadian Press and The Columbian Newspapers, and is active in the management of two family-owned small businesses.

Dr. Scott has sat on a number of governing boards and advisory committees and currently is chair or member of several organizations, including Innovacorp (Nova Scotia’s innovation agency), DynaGen Technologies Inc. and the Macdonald-Laurier Institute, to name just a few. Dr. Scott has been awarded a number of professional honours in her field, including the first Canadian Alliance of Education and Training Organizations (CAETO) Honourary Membership Award, the Nova Scotia Lieutenant-Governor’s Medal for Excellence in Public Administration, the Queen’s Gold Jubilee Medal and an honourary Doctor of Laws by the University of Waterloo. She is also an Officer of the Order of Canada.