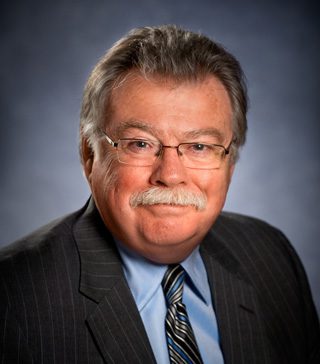 Gregory Kealey is a Professor Emeritus in the Department of History at the University of New Brunswick (UNB). During his time at UNB, Dr. Kealey served as Provost from 2008 to 2012 and as Vice-President (Research) from 2001 to 2012. In his role as VP Research, he chaired the Board of Enterprise UNB, the university’s incubator facility.

Dr. Kealey’s areas of specialization are Canadian social and labour history. He was founding editor of Labour/Le Travail, which he edited for 21 years, and general editor of the Canadian Social History Series with over 35 volumes published to date. He has published five books, edited 27 others, written dozens of book chapters, published many refereed articles, as well as delivered over 200 papers and commentaries. Dr. Kealey’s latest book is entitled Secret Service: Political Policing in Canada from the Fenians to Fortress America, which he authored with Reg Whitaker and Andrew Parnaby. He has received numerous grants, awards and distinctions, including visiting professorships and being named fellow of the UK’s Royal Historical Society and the Royal Society of Canada. Dr. Kealey has served on several boards, including as President of the Canadian Historical Association and of the Social Science Federation of Canada and Acting Co-President of the Humanities and Social Sciences Federation of Canada, from 2005 to 2010. In March 2005, he was appointed to the governing body of the Social Sciences and Humanities Research Council. He was a member of the Industry Canada University Advisory Committee and was a member of the National Research Council’s Institute of Information Technology Advisory Board. He has also served as President of Knowledge Park Inc., a science park in Fredericton, and sat on the boards of BioAtlantech, Research Productivity Council, the New Brunswick Innovation Foundation, and the New Brunswick Health Research Foundation, among others. He currently chairs the Board of BioNB and serves on the Board of the Ferguson Foundation.

Dr. Kealey was a member of the CCA’s Scientific Advisory Committee from 2013 to 2018.