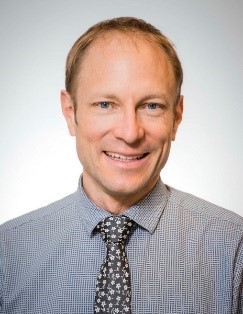 Executive Director, Building and Safety Standards Branch, BC Ministry of Municipal Affairs and Housing (Victoria, BC)

Andrew Pape-Salmon holds degrees from the University of Waterloo and Simon Fraser University and is currently the Executive Director of the B.C. Building and Safety Standards Branch. The Branch is responsible for the Building Act, Safety Standards Act, and Homeowner Protection Act, along with regulations for buildings and technical systems such as the BC Building, Plumbing and Fire Codes, including the Energy Step Code, and the Electrical and Gas Safety Regulations.  He is also a part-time Adjunct Professor with the Department of Civil Engineering at the University of Victoria, conducting research on resilient, zero-carbon buildings.

Andrew is a recognized authority on efficient energy consumption and utilization of renewable energy. He has over 20 years of experience implementing energy efficiency and clean energy for buildings, equipment, and communities in Canada and the United States. He is a sought-after advisor to sub-national and local governments, utilities, building owners, and NGO’s on building design and construction. He is the leading proponent of a bi-national Roadmap to Resilient, Ultra-Low Energy Construction under which new buildings would be net-zero energy consumers and existing buildings would reduce energy consumption by 30 to 70 percent.